How to earn money while having fun with music and dance

Music and dance as your career

Degrees and certificates are important for a career in performing art but more than degrees the willingness to perform is more important for an artist. Whatever the field one choose to make his career out of music, dance, acting in dramas, films, or light entertainment programs that includes stand-up comedy need related expertise of that particular field and the most important part is, willingness to work hard, matching personality, self-confidence and courage to perform in front of the large gathering. The one aspiring to go into the field of performing art should begin practicing early in his life to attain the necessary expertise. Physical fitness is an integral part of the performing artist therefore one willing to become successful in the field of dance and drama should always remain fit.

Career as a musician

For a person willing to opt for music as his career can look for two choices, instrumental music and vocal music. To be an expert as vocal artist one has multiple choices for example, one can go for Indian classical music, Carnatica music or Light music besides various other forms of music available to them as filmy music western music or modern music. A person can reach to the top of entertainment world acquiring further expertise in any of these fields. Indian music has a wide scope of progress as a musician in different fields including movies and entertainment. The way the music in India is being promoted in an organized manner on television, cutting private albums and organization of musical shows the annual turnover is touching more than 3,000 Crore and still counting.

Be well prepared to be successful

The way the money is pouring in on good artists like Lata Mangeshkar, Asha Bhonsle, Shreya Ghoshal, Kavitha Krshnamurthy and Sonu Nigam in the field of music. It should be motivating for an aspiring artist with natural talent to train hard and proper guidance to reach to the top despite a stiff competition present in every field of music, vocal or instrumental, light or classical, stage shows or albums. The vary fact that we have a very big number of talent in every field only makes it more competitive but at the same time an artist with lot of determination, talent and willingness to reach to the top has a better chance to make it big in the entertainment world compared to previous times with limited options. But, it would be well advised at this point that there is no shortage of talent as one can witness it watching it on the programs like Saregama or Antyakshari aired on different television channels.

One who is aspiring to become a vocalist or instrumentalist must give enough time for preparing and practicing in a routine way. The need in the classical is more of an orthodox ‘teacher-pupil’ based where an able teacher passes the knowledge and pupil that remains under the direct guidance of his teacher constantly and regularly for the entire duration of his training or even after that his training is completed. In most such cases, the teacher develops his own style called a particular ‘branch’ of knowledge. The case in pop or western music depends more on their appearance and particular style of the singer. Pop singers attract audience with their particular mannerism, they rather create a ‘brand’ for themselves. Music is part of school education where a student can learn his basics later they can join music schools meant for particular branches under the trained teachers.

A- Classical Musicians whether vocalist or instrumentalists present their performance on solo basis although a team instrumental artists give them a company during their performance. For instance, if a flute player presents his performance the other instrumentalists will support him with drums, tanpura, Harmonium or guitar. In case, a vocalist presents his program in front of audience a group of musicians support giving him company on different musical instruments. A classical musician needs to practice for hours every day alone and with his support group.

Music director- The music direction is the fastest growing field in our country unlike past era when there used to be very few musicians providing music for all the movies produced in India. Now that the music has become the integral part of the increasing number of films, television and other stage shows the music directors are in great demand according to the need of the scene, mood of the situation and classification of the music.

Music teacher- Every school, college and higher educational institutes appoint music teachers according to their requirements or one good musician can also run his own music school. Even the army has a demand for music teachers for their own bands to compose marching tunes.

Music therapists- It is lesser-known branch of treatment in our country but in the west, musical therapy is popular form of treatment of certain health related problems and it is slowly getting popular in India also with research work going on certain complicated diseases and effect of music on them. 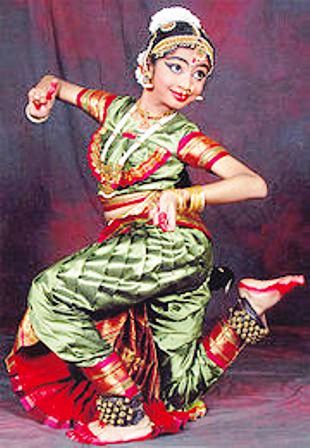 Dancers- There are different dance forms in popular in India including western dance but we are known for our classical dances section namely Bharatnatyam, Odisy, Kathkali and Kaththak besides dances like Manipuri, Kuchpudi, Kodiyattam, Krishnattam, Mohiniattamand Yakshagana as other popular dances. The classical form has undoubtedly given the Indian dance a new dimension in entire world. As they say, the Indian classical dance takes a whole lifetime to learn the basics but one willing to learn it needs at least 7-10 years to master the art of dancing. Due to similar steps needed to learn gymnastic, Indian classical dance learning process is begun in an early age.

As a career, classical dance seems a very lucrative profession but in fact, this is one of the toughest arts to learn. It is not an easy job to practice long hours and at the same time keep physically fit however the ones who do both of these successfully reach to the top of the dancing world. Besides physical fitness, long hours’ of regular practice the art of facial expression is also an integral part of Indian classical dance that explains the entire story a dancer wishes to present to his/her audiences.

Choreographer- This is another popular profession related to art of dancing. Choreographers are the experts, who select dancers, help compose music, songs, how to present, how to perform, stage setting, rehearsals, costume selection and finally direct the entire dance. In one line, choreographers are responsible for every action related to entire dance scene. There job includes from camera angles to lighting of the set during dance scene and finally the body movements of people associated with a dance. In fact, the Choreographer must keep the story of the movie in his/her mind to set the dance actions according to that.

Critics- Finally, the people having knowledge of music and dance can become critics/writer for magazines and newspaper. There is a great demand of such writers since every magazine and newspaper has an entire section for films being a popular subject in great demand of readers. There are certain magazines and newspapers that cater entirely for film world and higher knowledgeable writers with mastery in music and dance as expert reporters.

Do you think BJP government did a good job in their tenure?