The Mysterious Incident at Akashdeep Estates – 14 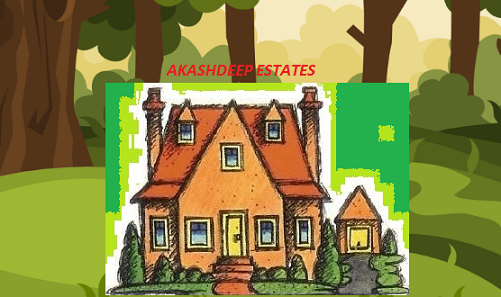 After the tragedy and Shalini's Parents

The atmosphere at Akashdeep and the surrounding estate was one of gloom, foreboding and frankly unbearable,with the policemen coming and going and questioning the staff, estate workers and even the neighbors who dropped by to offer condolences. Mahesh anna was in a shock, refusing to come down from his room, sitting on the balcony and staring into eternity. Shalini's parents had come late at night and were understandably very distressed and inconsolable. Her mother, my aunt, especially wanted to know every little detail about all the happenings that took place during and before the tragedy. Since Rohini aunt had retired to her room, I sat with them consoling them and talking to them.When I told her that I had taken milk and biscuits to her room yesterday afternoon and was probably one of the last persons to have seen her before her death, she began looking at me with suspicion. It really was awful the way she stared at me .

She went on and on about Shalini's beauty, her beautiful nature and her other sterling qualities and how everyone around her was envious of her including her husband. I was shocked to hear this, coming from her, she having been at the receiving end of many tantrums that Shalini would throw when things dint go her way. I excused myself and went up to my room since I was too tired and numb. I later felt that I was probably making harsh judgment of a mother who had lost her loving daughter under very tragic circumstances .

I had a very disturbed night with many thoughts passing through my mind and an unknown fear gripping me that just wouldn't go away no matter how much I tried. I finally fell into a restless sleep during the early hours of the day and woke up with a start when a sudden gust of wind that must have blown  past the window with the curtains brushing my outstretched hands. It was morning and I could see that it was going to be a cloudy and probably a wet day matching our mood. I decided to go down to face yet another day,not knowing what was in store .

I went into the kitchen to help out Geeta and Rohini aunt. There was no sign of Mahesh anna or Arvind but Shalini's parents were sitting in the hall. Shalini's father spoke very little although I could see that he was devastated, trying to control his tears but her mother was talking non stop to her silent husband in between bouts of weeping and sobbing. As I passed by, she stretched out and held my hand and asked me where I was going ? When I told her she told me in hushed tones ..." Don't trust that woman Rohini because she hated Shalini right from the time she married Mahesh and came into this house, I don't put anything past her ".

I, of course knew that Rohini aunt disliked Shalini because of her own personality and shortcomings and not for anything else.However, this was neither the time nor the occasion to speak anything about Shalini, so I just nodded and moved on.

Rohini aunt and Geeta were worried about Mahesh anna and were wondering how best to tackle him since he had not come down nor been seen since last night. I offered to take a cup of coffee to him, also intending to speak to him and console him if possible. I had always sensed that he had suffered through his marriage to Shalini because of her indifference and now her sudden unexplained death must have shocked him beyond anything.

I saw Mahesh anna was dressed and sitting on a chair on the open balcony leading from his bedroom and he accepted the coffee with a nod. He was pale, there were shadows under his eyes and  his hands shook when he took the coffee cup. I sat next to him and told him how sorry I was to which he just smiled and patted my head,  he then asked me whether the police had called regarding the release of Shalini's body which had been taken for postmortem. He also came down with me , I could see Shalinis mother looking at him with anger. However, Shalini's father got up and approached Mahesh annna , taking both his hands said ..." I am so very sorry at what happened . I ask you to remain brave and face anything that may come your way ".

I realised then that he had already foreseen that the police would launch a full fledged investigation because of the  suspicious circumstances  and Mahesh anna may be the prime suspect. It was a warning for all of us at what was in store for us.

Just as we were having a frugal breakfast of Bread and Bananas ,Inspector Ganesh called and we were all told not to leave town until the postmortem reports were ready. The Inspector came to the estate  later to check out the premises again . Mahesh anna agreed to take him round the estate , just then Arvind too made his appearance and he too accompanied them.

Rohit messaged me asking me if I could meet him outside which I could not with all that was going on in our house. So, he came home instead in the afternoon just as the inspector was leaving . Mahesh anna introduced him to the Inspector and I could see that the Inspector was looking at Rohit thoughtfully. I suddenly had the feeling that probably all of us were under suspicion until the police concluded their investigation. Rohit and I could hardy speak  because Shalini's mother pounced on him and made sure that he gave his full attention to her. After he left, she began cross examining me about him. She also told me that Rohit had worshiped Shalini and still did .. Thankfully just then my mother and brother arrived and I ran to my mother hugged her and cried my heart out. All the pent up feelings and fears that had been bottled up within me came out with force . My mother held me and Rohini aunt who had just come out stood close to us stroking my hair, telling me not to worry.

We sat together and spoke about everything and I could see that Rohini aunt was happy to see my mother with whom she felt comfortable and could share her thoughts and feelings . Mahesh anna came in after seeing the inspector off  and although he did not speak much, his expression conveyed that he was glad to see my family.I could sense that there was an unease that engulfed all of us. We went to bed early since there wasn't anything much to do. It rained all night, however, by the time dawn broke the rain had stopped and the sun was rising to another day.

By late afternoon we got some shocking news with the arrival of Inspector Ganesh and his constable who looked very serious and stern. they asked all of us to assemble in the hall . Then turning to Mahesh anna the inspector announced that based on preliminary reports Shalini had  died of poisoning. He also said that since there was no suicide note nor any indication of distress or cause for suicide ,they had to make a thorough investigation before arriving at the cause of her death. On hearing this Rohini's mother  let out a scream saying that Shalini would never commit suicide, she had been killed and that it was a conspiracy against her by all those living in the house. Inspector Ganesh turned to look at her and asked her why she felt that way, whether Shalini had confided in her about anything at all ? For this she had no answer ... However, I too felt that Shalini was the last person on this earth to think of committing suicide because she was full of herself besides which, from what I perceived she was excited about something calling it sixth sense and a change coming into her life. With all that she was definitely not depressed nor anywhere near to taking her own life , far from it ! So , her sudden death was shocking and raised too many questions.

So, as far as things went , the issue of her death  was  unresolved and getting knottier with no respite for any of us because now we were all under a cloud of suspicion. I messaged Rohit about everything that happened and he promised to come and meet me and my family the following day. Late evening that day we were told that the postmortem had been concluded and Shalini's mortal remains would be brought home the next day for the last rites and cremation. I looked at Mahesh anna and was pained to see his expression of grief on hearing this, so were her parents who were both overcome with grief ! I thought ..." No one is actually dead until the ripples they cause in the world die away "  It was so true of Shalini and her life !

Hot Hits: 1152
I love books and reading. My other hobbies include gardening, travel, music and cooking ...

who is the best male palyback singer?

Search (416 Hits)
Top reasons for divorce: Part-2 (3929 Hits)
No married couple wants to end up getting divorced. It is not like they have planned for it. They try to put up with their partners for as long as they
How to improve digestive health (2645 Hits)
Due to our modern lifestyle, we feel that digestion related disorders are a common problem. Thus, we neither give importance to them nor seek any help