The first quentin tarantino movie.
An heist film without the heist!!!

The film has become a classic of independent film and a cult hit.[2] It was named "Greatest Independent Film of all Time" by Empire. Reservoir Dogs was generally well received and the cast was praised by many critics. Although it was never given much promotion upon release, the film was a modest success by grossing $2,832,029, which made its budget back. However, it did become a major hit in the United Kingdom; grossing nearly £6.5 million, and it achieved higher popularity after the success of Tarantino's Pulp Fiction. It is often criticized for its high degree of violence and profanity, and audience members reportedly walked out during the film's now notorious torture scene.

This is a topic created to give a tribute to arguably the gr8est film of all time.
Post/write about articles,dialogues,videos,fav scenes,entertaining stuff,jokes,ur experience watching this movie anything and everything related to RESERVOIR DOGS. 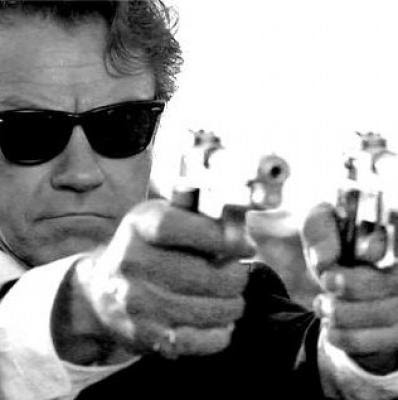 Easily the best character of this film.
Larry Dimmick, AKA Mr. White was involved in a diamond heist with five other men. He was responsible for obtaining the diamonds in the back from the manager, along with Mr. Pink.

Not much is known about his history. He is good friends with Joe Cabot and his son Eddie. More of his back story was revealed in the special features of Reservoir Dogs.

After escaping the heist with Mr. Orange and Mr. Brown, he kills two police officers while wielding two 9mm pistols. He and Mr. Orange then go on to steal a car. This is where Mr. Orange is shot in the stomach. They return to the hideout where he talks to Mr. Pink about who may have set them up. He leaves with Pink and Eddie, then later returns to see Mr. Blonde shot and killed. He ends up in a confrontation between himself, Joe and Eddie Cabot. They argue over who may be responsible for the set up. Joe is convinced it was Mr. Orange. Mr. White kills Joe and may have killed Eddie as well. It is possible, however, that it was Mr. Pink who killed Eddie. After being shot by Eddie, he is told by Mr. Orange that he was in fact the rat, which leads Mr. White to kill Mr. Orange, only to be killed by the police who arrived shortly thereafter. 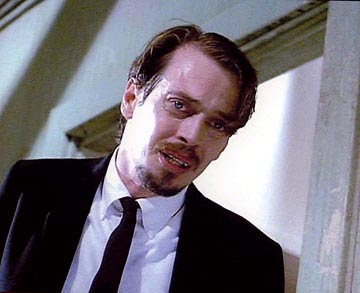 Unarguably the best character of this film.
Mr. Pink was involved in a diamond heist with five other men. He was responsible for obtaining the diamonds in the back from the manager, along with Mr. White.

Not much is revealed in his back story. He is known for his strongly negative opinion of tipping waitresses. When given his name "Mr. Pink", he objects and requests to have his name changed to something less weak like "Mr. Purple", or to trade names with Mr. White.

After the heist is sabotaged, he is confident that there was a setup by the cops, although he does not know who tipped them off. He claims that he "blasted his way out of there", and that he escaped with, and stashed, the diamonds. He goes to the hideout after the heist where he and Mr. White talk about who set them up. He then leaves with Mr. White and Eddie Cabot, leaving Mr. Blonde alone with Mr. Orange and the cop taken hostage. Upon his return with Eddie and Mr. White, he sees that Mr. Blonde was shot and killed by Mr. Orange. He eventually avoids a possible confrontation by hiding under a ramp, then once everyone has been shot, he leaves. (It is possible that he took part in/was responsible for the murder of Eddie Cabot, as the order of gunshots in the final showdown does not make sense.) The fate of Mr. Pink is unknown. It is possible that he was caught by the police, or that he got away with the diamonds. The Reservoir Dogs videogame revealed his fate, but it is unknown whether or not this was the original intent of the writer. 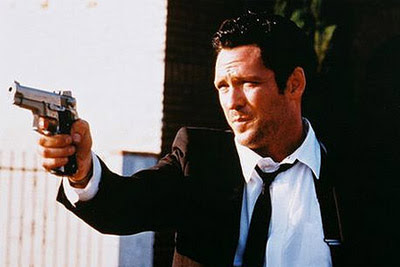 Considered by majority as the best character of this film which he sure is.
Victor Vega, AKA Mr. Blonde was involved in a diamond heist with five other men. He was responsible for crowd control, along with Mr. Blue.

His back story given in the film indicates that he was recently released from prison, and that his parole officer is very strict, requiring Vic to get a real job before moving on with his life. Vic is set up with work through his friends Joe and Eddie Cabot, who later go on to organize the diamond heist that he is involved in. No information is known about Vic until he apparently shot and killed several hostages mercilessly during the heist for activating the alarm.

He later meets up with Mr. Pink and Mr. White in the hideout with a police officer he took as a hostage. After questioning and beating the cop for some time, Vic is left alone with the cop. It is revealed that Vic carries a straight razor in his boot, which he uses to torture and deform the police officer. He then pours gasoline all over the cop, and attempts to burn him alive, all while dancing to "Stuck in the Middle With You" by Stealer's Wheel. Just as he is about to incinerate the cop, Mr. Orange shoots Vic twelve times, killing him and saving the cop's life. 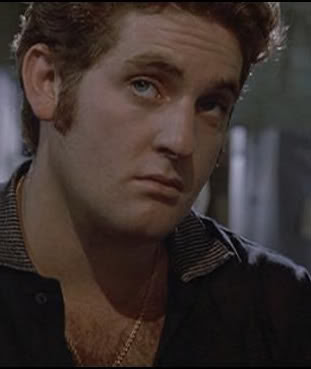 The best character of this film Nice Guy Eddie is gangsta Joe Cabot's son. He's revealed to be good friends with Mr. Blonde (Vic Vega). He serves as Joe's eyes and ears throughout the diamond heist he helped plan. In a Sergio Leone-style standoff at the film's climax, he and Joe are both killed by Mr. White, who in turn kills Mr. Orange and is himself killed by the police after executing Mr. Orange. 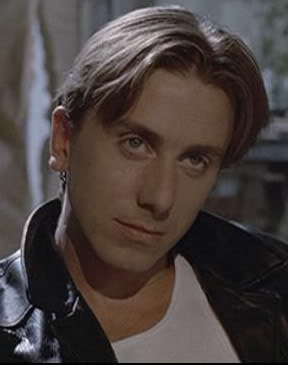 The best character of the movie has to be the rat MR orange played by tim roth , Mr. Orange is a peaceful sort who, when the movie gets underway, is screaming and bleeding in the back seat of Mr. White's car and is later on revealed to be the rat as he shoots Mr Blonde 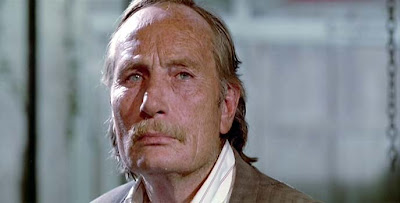 Nothing much is known about Mr. Blue. He is a mystery. After being in the movie for about five minutes, he dies and barely says anything when he is alive. 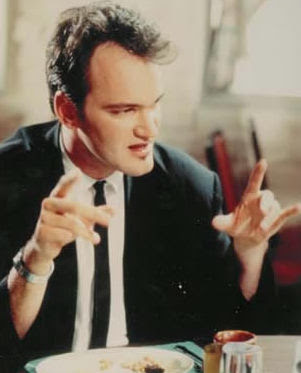 The director of this movie choses to play the best character of this film Mr. Brown who has a small appearance. He is mainly known for his opinion on madonna`s song "like a virgin". 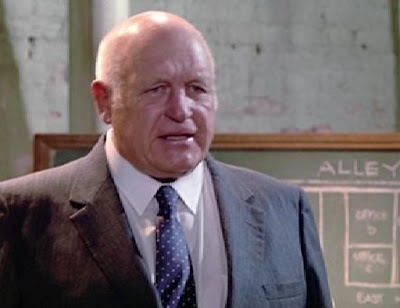 The toughest badass of the movie and therefore the best character of this film is Joe! who is the leader of the gang. He is the baap of all the other dogs(not literally) and nice guy eddie(literally).

Hot Hits: 6151
Hi, this is Prakash. Pursuing Electronics and communication.

do you agree with the formation of separate telangana state.?

You all know about the issue of separating telengana from Andhra pradesh. do you agree with separate telengana state.?

Search (88 Hits)
Top reasons for divorce: Part-2 (3501 Hits)
No married couple wants to end up getting divorced. It is not like they have planned for it. They try to put up with their partners for as long as they
How to improve digestive health (2420 Hits)
Due to our modern lifestyle, we feel that digestion related disorders are a common problem. Thus, we neither give importance to them nor seek any help

The Movie "Sajjan Singh Rangroot" will bring Alive Glory of Sikh Soldiers
The film "Dunkirk" hit the screen last year. It was immediately hailed as a tribute to the British Soldier and a faithful representation of a true incident
A Look at Vin Diesel's "Return of Xander Cage"
I was in Mumbai on the 14th January when the world premier of the movie "XXX: the Return of Xander Cage" took place. I was lucky to get a pass for
Sully: A review of the movie
Director:    Clint Eastwood Cast:          Tom Hank, Aaron Eckhart, Laura Linny  Rating:
Review of "Hard Target 2"
Cast:-Scott Adkin, Rhona Mitra, Robert Knepper Producer:- Chris Lowenstein  Rating:-Never watched this movie   You must have seen bad movies,
Why the likes of Kaakaa Muttai should be the norm in Tamil Cinema
A few years ago, Tamil Cinema was dishing out the worst movies in India.  There was absolutely no attempt made to show reality in any way,