Pran -The Most Lovable Villain Gets Dadasaheb Phalke Award : A Tribute 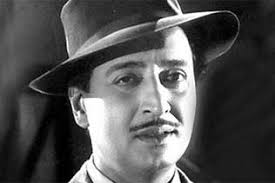 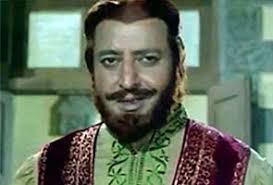 Pran the most lovable villain of the Hindi screen has been bestowed with the prestigeous Dadasaheb Phalke Award by the government of India. This recognition has come very late, for Pran is now 93 years old. However better late than never. Millions of his fans will be delighted that he has been recognized and his considerable acting skills have been brought to the fore once again. The present generation may come to know and get to see some of his finest acting moments.

Born into a rich Delhi family in February 1920, Pran acted in his first film Yamla Jat in 1940 in Lahore. His very first role was as a villain. He went on to act in 22 more films before he had to leave Lahore for Mumbai following the partition of India. Although he had made a name as a versatile lead actor in various roles, to his surprise he found no roles coming his way from the Mumbai film industry. He had moved into Taj Hotel with his family and gradually found himself almost penniless with no work. However in 1948 he was offered a role in the film Ziddi starring Dev Anand and Kamini Kaushal.. The movie was a hit and Pran never again had to look for work.

He is reported to have worked in 350 to 400 films although most seem to be agreed on 350 films. A phenomenal body of work by any account. His screen career lasted nearly sixty years. It is said that in the fifties only the trio of Dilip, Dev and Raj Kapoor was paid more than him. In the sixties he was paid more than all actors excepitng Rajesh Khanna. In fact the high rates charged by both was a reason producers found it difficult to pair them together , though later on a few successful films were made. By seventies he had moved on to playing character roles.

His portrayal of the villain on the screen was so powerful and effective that it is said no baby was named Pran from 1950 on wards. The name Pran was synonymous with wickedness. He would bring unique mannerisms into his various roles and the audiences would simply love him for it. His flicking of cigarettes or blowing smoke rings or flicking his head up wards or brushing his hair by the palm of his right hand or moving his eyebrows are all now part of acting history. He was gifted with a good and clear voice which he modulated appropriately to suit the type of villain he was playing. His style of walking with both hands inside his jacket pockets has not been surpassed till date.

If Yamla Jat brought him on the screen, Ziddi launched his Bollywood career, Zanjeer immortalised him as Sher Khan and Upkar transformed him from  playing negative roles to positive roles. From the fifties to early nineties it was rare to make an A grade movie and not have Pran in it . He added a comical touch to the villain in Kashmir ki Kali in 1964 which expanded his acting skills further. He sung a few songs also and almost all are famous to this day. Most famous being 'Yaari Hai Iman Mera---' from Zanjer and 'Kasme Vade Pyar Wafa---' from Upkar.

All the top actors from fifties like Dilip, Dev, Raj ,Rajendra Kumar, Dharmendra,Vinod Khana, Rajesh Khanna, Shammi Kapoor, Shashi Kapoor etc, came and faded away but such was the range and adaptability of Pran that he continued being in demand actively till 1998 and infrequently thereafter till a few years more. It was he who had recommended Amitabh for Zanjeer. He could match all these top actors scene on scene and often would steal the show. The only other actor who can be compared in range and screen longevity to him was Ashok Kumar.

He and Ashok Kumar acted in 27 films. Pran and Amitabh acted together in 14 films. With Shashi Kapoor and Rajesh khanna he  acted in 7 films each. Prakash Mehra cast and directed him in his 9 films.

He  was awarded the Padma Bhushan  and was named in the top 25 all time great actors of Asia by CNN amongs a hostof awards and honoures he has recieved.

For someone who had trained himself to be a photographer and hid the fact that he had switched over to acting from his father, the journey has been truly a memorable one. It has given millions of his fans countless moments of joy watching him perform on the screen. Rarely has an actor acted so effectively that audiences hated his portrayals but loved him for his performances. The  more vicious he was on the screen the more they loved him.

Our congratuations to him for the award and may God continue blessing him with a healthy and long life. May he hit a century.

Image are from Google Images.

What is your Lucky Number ?

Search (103 Hits)
Top reasons for divorce: Part-2 (3517 Hits)
No married couple wants to end up getting divorced. It is not like they have planned for it. They try to put up with their partners for as long as they
How to improve digestive health (2427 Hits)
Due to our modern lifestyle, we feel that digestion related disorders are a common problem. Thus, we neither give importance to them nor seek any help

Today is Sunday- Sunday is Fun day
My idea of enjoyment I was in the city’s main market at 5.30 in the morning where one of the leading Indian newspaper had organized a special fun theme
Ability, Quality and Work Culture
A common factor about successful people   All successful people I know for long time have something in common. I know with my personal experience
Walking is good for health: Both mentally and physically
Walking, Watching and Listening I have been noticing a lady during my morning walks for last couple of days not for any special purpose but for her way
Critics are your best friends
But why I am so sarcastic then? I fail to understand that why people just don’t understand this whole generation affair when they decide to classify
Extra willingness to do better and reach to the top
Best is not their best I try my best doing things in a right way, as per rules and as expected of me but most of us do the same. But, sometimes I feel