Allauddin Khilji, the man and and his life 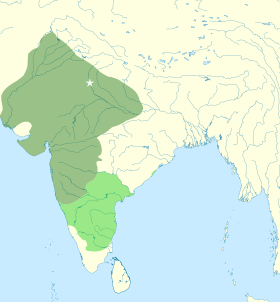 Allauddin Khilji is an important name in Indian history. As can be seen from the map above he ruled a massive empire and his vassals extended right up to Madurai. The darker area is the one that he personally administered and the light green are the vassal states who paid him tribute. Allauddin thus has a significant place in the pantheon of Indian rulers. Such a massive empire which is only rivaled by Ashoka, cannot be negated. Now there is a film made titled "Padmavati" which show the character of Allauddin poor light. What was Allauddin like? Was he a bigoted man or a man who was a visionary? Much of Allauddins reign is covered by historical fact as a writer Amir Khusro lived during his time and chronicled everything. His birth is in obscurity and one cannot pinpoint when he was exactly born, but there is evidence that he was born in 1266/67. He was born into royalty and his uncle Jalaluddin Khilji was the Sultan of Delhi.

Allauddin was born in Birbhum in Bengal and he was sent the Court of his uncle Jalaluddin by his father Shihabuddin Masud. As per all accounts, he was Sunni Muslim. Records of his early years are sketchy till he came to Delhi and won the support of his uncle, the Sultan. Here he is reported to have won the heart of the daughter of the Sultan named Malika-e-Jahan and married her. He thus became the son-in-law of Jalaluddin. He was given significant appointments by his father-in-law, but by all accounts, the relationship between the two was a stormy one as Allauddin had a roving eye for other women. In addition, his wife was egged on by her mother and she wanted to be assertive and this again led to clashes between the two. Allauddin was appointed the master of ceremonies and given the title Amir-i-Tuzuk. His father-in-law trusted him implicitly and despite warnings, did not guard himself against Allauddin. In 1296, after a meeting he killed his uncle and became Sultan. From now on, his reign is well documented.

Much of Allauddin's claim rests on his military prowess. I can say that without reading the "Principles of War" by Clausewitz( he wrote this in the 19th century). the Sultan of Delhi followed them implicitly. His first success was against the feared Mongols whose ancestor in the 12th century had ravaged the known world. In a series of battles in the North West Frontier and Afghanistan, Allauddin beat the Mongols with his greatest victory coming in 1306 on the banks of the river Ravi. By that time he had captured a slave named Malik Kafur with whom he became infatuated.

His military prowess continued down south and in 1303 he captured Chittor. Amir Khusro has recorded the victory but makes no mention of the tale of Rani Padmavati.  No chronicle of the court of that period mentions about Padmavati. The only reference is in a poem written by a Sufi Muslim Jayasi who wrote this tale about 250 years after the death of Allauddin. Probably its mostly fiction but Amir Khusro writes that all Hindus prostrated themselves before Allauddin and when they bent their heads the entire ground was covered with their tilaks. This means that Allauddin spared all Hindus and killed only those that opposed him. This was also applicable to Muslims. He vanquished Gujarat and Raja Jayapal agreed to his overlordship and so did the kings of South India.

Allauddin was a master general and marshaled his forces expertly. He understood the principles of concentration of force, retreat, and counterattack as he defeated all the Hindu kings as he had done the Mongols.

Allauddin was both gay and normal. He liked women and also loved a slave. This is recorded in the books at that time and show the Sultan as a passionate man.  He had four wives, two of whom were Hindus. The Hindu wives were Kamaladevi who was the earlier the wife of King Karna who died fighting Allauddin. His second Hindu wife was the daughter of King Ramachandra named Jhatyapali. By all accounts, he loved the Hindu wives fiercely and had children with them. He also married the daughter of the Gujarat king to his son.

The relationship between Malik Kafur, the slave and Allauddin is also part of this scenario. He began to like the slave and now many historians have written that the slave had captivated the Sultan and had a relationship. Allauddin promoted him to be a general and later he led the army of Allauddin. There is another side to this as well, during his last years Allauddin became ill and Malik was the only man who had his trust. There are some reports that he may have killed the Sultan to seize power, but that is another tale.

The Cambridge Economic history of India records that Allauddin's taxation system was probably the one institution from his reign that has survived the longest. Surviving in India till the 19th and even the 20th century. This is no mean achievement as he started the land tax and did away with the middlemen. In this, he greatly helped the Hindu farmers who were oppressed by landlords and Nawabs who were mostly Muslim. Allauddin set up a system of tax collectors all over India and paid them from the government treasury. Any corruption by them merited a death sentence.  He was the first Indian ruler to set up an administrative organization reporting to him and this was followed by the Mughals and later the British. A system of land tax is even now followed by independent India.

Allauddin was the most important Sultan of the 12-14 century and kept India safe from Mughals till Babur came in 1526.

Do you think music is a healer?

Does the music have the power of healing our mental, emotional and physical distress?