During the summer of 1916 I was working on a photography project for an Indian website and had a wonderful chance of visiting several tourist locations in northern India. Incidentally, I had already visited most of these places before but some of them now have an entirely different look. The places now look totally different which were so different in my memory for their religious look.

For example Vrindavan is one of the most religious towns of Uttar Pradesh in India. According to mythology Lord Krishna spent most of his his childhood in this holy town. Vrindavan that was city of temples dedicated to Lord Krishna. All of the temples are dedicated to Krishna and Radha his inseparable beloved until not long ago, but has changed a lot now with number of star hotels and modern restaurants. 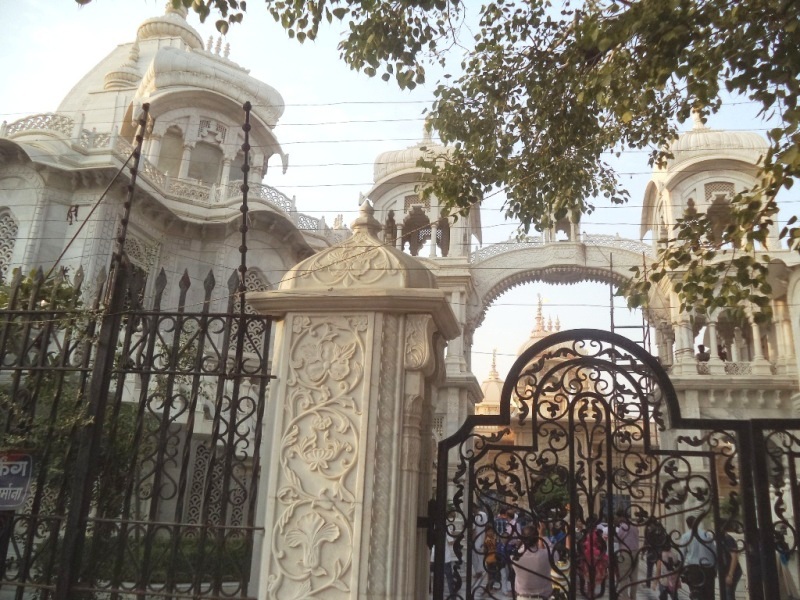 One of the places under this program I visited was Vrindavan, a town about 200 km if I travel by road from my city But I went there by train via Delhi as I wanted both my hands free on this mission and wanted to walk on foot in the city areas. Vrindavan is 10 kilometers before on Delhi- Mathura highway considered the childhood home of Lord Krishna.

Here is a short introduction for Lord Krishna for those who have any interest in Indian culture or Hinduism, Vrindaban is all about Lord Krishna, his love for Radha, his love stories and innumerable temples in this ancient town. The atmosphere of Vrindavan is filled with love for Radha and Krishna and that is visible in each and every building, temple and lane of the town.

As I said there are thousands of temples in the town of Vrindavan starting from the first left turn towards the town while coming from Delhi the temple of Ma Vaishno Devi with a grand statue visible from a distance but the most visited among them is Banke Vihari Temple in the heart of town.

Banke Vihari temple is in ancient Rajasthan Architecture structural style having Lord Krishna’s divine statues in a different style uncommon in north India. The inside of temple is decorated heavily by flowers and balloons.

It takes a long time for reaching to the main temple area as devotees in very large number from all parts of the world come to visit this temple every day. You can hear devotes chanting “Radhe-Radhe” far from the temple itself and everyone moving toward this temple with flowers in their hands.

At Banke Bihari Temple, the curtain in front of Krishna’s statue is opened and closed every few minutes. At Radha Raman Temple, a gold plate beside Krishna signifies Radha. Prem Mandir is a huge white marble temple

I moved to Mathura after finishing my job but five stars facilities available for visitors to Vrindavan were a pleasant surprise for me. It was a different town from what I had visited a few decades before.

Hello Peeps, I will show you couple of places in Delhi the Indian capital today which will be part of my journey to travel blogging in this website. I begin with Qutub Minar (Qutb Minar) which is one of the highest towers in India 73 meter high built in the end of 12th century. Qutub Minar is considered as one of the best historical monuments in the world built during Tughlak and Aibak dynasties. Incidentally, the Qutub Minar is a multistoried building with red sandstone in the first three floors and then the fourth and fifth with white marble and red sandstone.

The other important building in Delhi is Jama Masjid which is India's largest mosque. Jama Masijd is one of the most important buildings in India a place where every tourist shoud come to visit for structural value irrespective of what faith he follows. Jama Masjid the beauty of a strurcture was   constructed by Mughal emperor Shah Jahan which is a 40 ft with 4 angles, 2 minarets and can have more than 25,000 people at a time for offering their prayers. 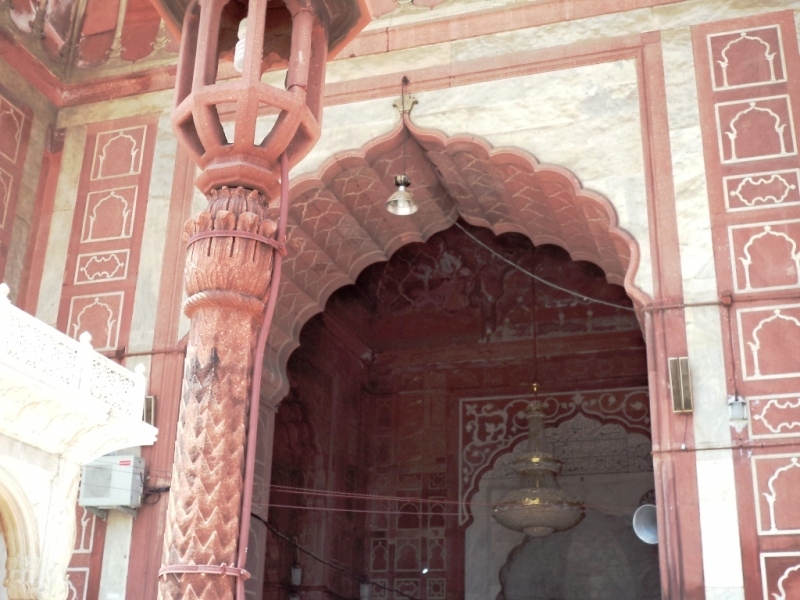 Among most popular places to visit in Delhi are, Kutub Minar, Jantar Mantar, Akshardham, Houz Khas, Zoo, Red Fort, India Gate, Connaught Place, Lotus Temple, Mosque of Humaun, Gurudwaras, the Sikh religious places, Birla Temple, Chhattisgarh Temple, Boat Club,  Kalka Temple but this is going to be a long list. So I will show you all these places in my future posts.

Photo- My own camerawork

Hot Hits: 1208
I am having fun with a laptop and few cameras.

Which sport or outdoor activity do you enjoy the most?

Khajuraho- The city of caves
Khajuraho is famous for its temple and caves. The architecture of the temples depicts the style of celestial beings. The Chandela Rulers founded the Khajuraho
Mathura- the birth place of Lord Krishna
Mathura is known as one of the seven holiest cities of India. It is the birth place of Lord Krishna which is situated along the bank of the River Yamuna.
Shimla- The Queen of Hill Station
Shimla is located in northern India and is the capital city of Himachal Pradesh. It is the hub of tourism sector. Shimla is known as the queen of hills.
Mussoorie- The hot hill station
Mussoorie is known as the Queen of the Hills. It got its name from the local shrub known as "Mansoor". It is situated 34 km from Dehradun. It is one of
Canada- The hot tourist destination
Canada is the Second largest country of the world by its total area. It consists of three territories and ten provinces. It is located in the northern