The Hindi movies have given comedians of immense talent, who have regaled millions of viewers time and again. Some of the comedians created a name for themselves and were given full credit by the producers. Roles were specially written to accommodate these comedians to ensure wider audiences. Many of them have now become legends and are fondly remembered today when there is hardly any comedy in today's movies.

One of the first actors to make a name for himself as a comedian was Gope. Born as Gope Kamlani in 1914 in Karachi, he acted in his first movie Insaan Ya Shaitan in 1933. He soon established himself as a comedian who shared credits with the films lead actors. With a serious look on his face his comedy style was subtle. He also acted in some negative roles and brought a comic touch to them. He also produced a few films. Some his notable films are Hindustan Hamara, Patanga, Mirza Sahiban, Chori Chori,Tarana, Pocket Maar,Kismet, Fifty Fifty,Sharada.

Alongwith Bhagwan Dada he is acknowledged as one of the the pioneer comedians of the Hindi movies. He was married to actress Latika. He passed away at the relatively young age of 43 in 1957.

Bhagwan Dada is another comedian of a bygone era who is remembered today also for his unique style of comedy. Born in 1913 in Mumbai, he was obsessed with films. His family was very poor but his dreams were big. He learnt film making and started making low budget films. He had got some acting breaks in silent movies. From 1938 to 1949 he directed many low budget films and in many of them acted as a simpleton with comic touches. These roles endeared him to the masses who loved him in such comic situations. He went on to make a social film Albela with Geeta Bali and that movie has gone to become one of Bollywood's legendary movies. With musical score by Ramchandra its songs have become legendary. Albela was a superhit. His style of slow foot dancing was to become a hit and was copied by Amitabh Bachchan also later on. However Bhagwan lost everything and returned back to live in a chawl and passed away in 2002 at the age of 89 years.

One of the first real comedians of the Hindi screen, Badruddin Jamaluddin Kazi, popularly known as Johnny Walker was born  in 1926 in Indore into a poor textile worker's family who moved to Mumbai when he lost his job. To support his family Badruddin started working at many jobs, including as a conductor in BEST buses. He used to regale commuters with his antics and caught the attention of Balraj Sahni who introduced him to Guru Dutt. His screen test was of a drunkard and he did it so convincingly that Dutt christened him Johnny Walker after the famous  whisky brand.They became good friends and Dutt used to create roles for him in his movies.

Johnny Walker went on to act in dozens of films as a comedian and made a name for himself. He shared equal credits with the lead actors and during the fifties and early sixties in almost all films roles were written specially for him. His name became synonymic with comedy. Some of the songs picturized on him became very famous.Some of his more famous movies are Baazi,Aar Paar,Taxi driver, Mr& Mrs 55, CID, Chori Chori, Pyassa, Naya Daur, Jhonny Walker, Madhumati, Mughal-e-Azam, Bees Saal Baad, Mere Mehboob, Ananad, Chachi 420. He passed away in 2003 in Mumbai. He will be remembered for his unique style of comedy. 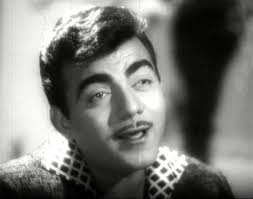 Such was Mehmood's acting prowess that lead actors were refusing to act in movies with him because     they knew it would be him who would walk away with honours. Born in 1932 in Mumbai, he acted in more than 300 films in a career span of nearly four decades. He was an actor, director and producer. His father was a very famous film actor and dancer of the 40's and 50's namely Mumtaz Ali.

Mehmood got his first break in the film CID. He was a hillarious comedy actor who pioneered many comedy styles including the use of Hyderabadi style of speaking.He directed his first movie Bhoot Bangla in 1965 and was its lead actor. He grew as a comedian from strength to strength and the 60's and 70's saw him dominate the comedy scene in Hindi films. He started coming as a lead actor and these movies ran successfully at the box office. His most famous movie remains Padosan in which he acted as a south Indian dance teacher wooing Saira Banu who is also being wooed by Sunil Dutt with the help of Kishore Kumar. It has become an iconic movie and its song 'ek chatur Naar-- ' is one of the most popular songs of Bollywood.

More about other comedians in Part II.

Top reasons for divorce: Part-2 (3258 Hits)
No married couple wants to end up getting divorced. It is not like they have planned for it. They try to put up with their partners for as long as they
How to improve digestive health (2315 Hits)
Due to our modern lifestyle, we feel that digestion related disorders are a common problem. Thus, we neither give importance to them nor seek any help
Top reasons for divorce: Part-1 (1854 Hits)
The bond of marriage brings the two people together. Initially, everything may seem okay and both of them slowly start discovering each other in the journey.